The alleged owner of a cannabis farm sued portal KRIK for calling him an “accused narco boss,” although the man is currently on trial for growing more than a tonne of the banned weed. Journalist associations said on Wednesday that the lawsuit is aimed to stop KRIK from reporting about the case.

Predrag Koluvija is the owner of an organic food farm Serbian police raided two years ago, finding nearly 1.6 tonnes of cannabis and arresting nine people. KRIK used the phrase Koluvija objects when it reported about the start of his trial in April.

Koluvija claims KRIK violated the presumption of his innocence as he did not grow cannabis on his farm and wants the portal to pay him close to US$4,000 for emotional distress since the phrase made him lose his reputation.

“It will take years, maybe decades, to rebuild his name in the business world, to be seen again in the eyes of the world as a pioneer of organic food in Serbia, and not as a ‘drug lord’ and owner of a ‘marijuana plantation’,” Koluvija’s lawsuit said.

“I don’t see a violation of the presumption of Koluvija’s innocence here, nor that KRIK’s articles are the cause of his emotional distress, if there is any,” said Veran Matić, the head of a government commission tasked with investigating murders of journalists.

Matić said that he sees the lawsuit rather as an attempt to prevent further reporting about his case.

“The decision to release Koluvija pending trial but to criminalize those who made him face justice is one of the greatest paradoxes of our everyday life. Now accused Koluvija is cleaning his biography from the contents of his indictment as if he would know what the outcome of his trial will be,” Matić said, referring to Koluvija’s recent release from detention and the persecution of police officers who investigated and arrested him.

Serbia’s independent journalist association NUNS echoed Matić’s claims in a statement, referring to Koluvija’s move as a so-called SLAPP lawsuit – a strategic lawsuit against public participation – aimed to stop media from reporting about a certain subject.

KRIK reporters have written about the charges from the indictment in which Koluvija, as the main suspect, is along with others accused of illegal production and distribution of drugs, NUNS said, adding that KRIK has been reporting about the case from the very beginning and that it has respected the presumption of innocence of the accused.

NUNS also reminded that KRIK reporters have been targeted since the beginning of the year by certain interest groups and individuals, mainly politicians.

“We have recorded seven cases of pressure on colleagues from KRIK since the beginning of the year,” NUNS said. “Regardless of what is being done to them, they keep determined to continue to do their job and the public owes them gratitude for that,” it said.

The head of the Independent Association of Journalists in Vojvodina, the northern region of Serbia, agrees that the lawsuit is an attempt to put pressure on KRIK.

“I don’t see that any other media, serious or tabloid, has been sued,” Norbert Šinković said, explaining that if Koluvija really wanted to protect his reputation, he would have sued anyone who published any news about the case.

“This tells me that this is in fact targeting KRIK, that this is not so much about reputation, but more about KRIK’s approach to the subject and the way they are reporting about it,” he said.

For its reporting about organized crime and corruption in general, KRIK has been repeatedly targeted, often by government officials. In this case, the outlet made several references to the apologetic tone some of Serbia’s officials used when speaking about the Koluvija’s case.

KRIK’s chief editor Stevan Dojčinović told that he thinks the outlet reported professionally and was following the standards of leading international media.

“We called Koluvija an ‘accused narco boss’ because he was clearly identified in the indictment as the organizer of a criminal group that produced a large amount of marijuana. This is probably the largest drug seizure in Serbia so far,’’ he said, explaining that Koluvija probably filed the lawsuit now because his position was improving.

“Koluvija was recently released from custody and has launched a public confrontation with the police officers who arrested him,” Dojčinović explained.

“Top officials, starting with Serbian President Aleksandar Vučić, have given the man, who is accused of being the head of a group that produced more than a tonne of marijuana, open support for publicly downplaying the trial against him, and he probably feels that, with the support he currently has, it is the right time to deal with everyone he considers a threat and among whom are obviously journalists,” he concluded. 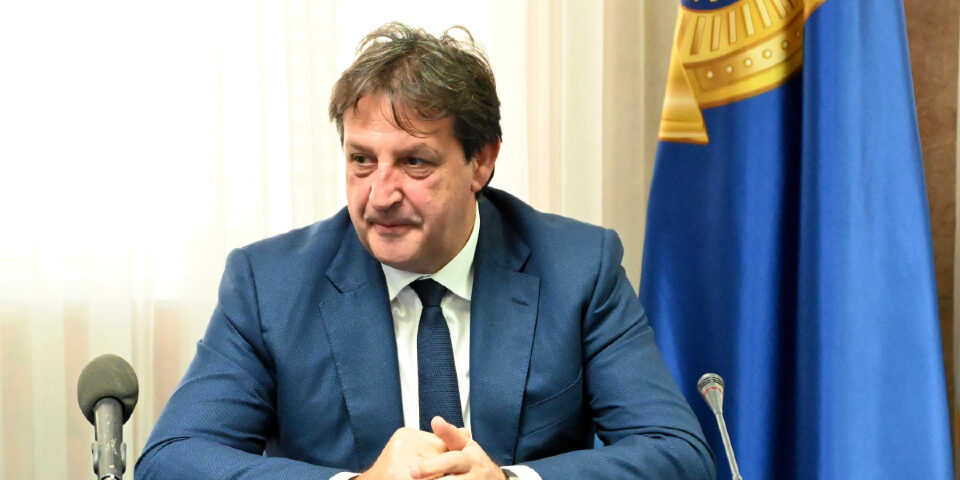