A bankrupt company owned by accused drug lord Darko Šarić’ s gang that had been frozen by the state has been quietly transferred to a company owned-in-part by the chairman of the Board of Directors of the Privatization Agency.

Trgopromet, a company majority owned by chairman Muamer Redžović, along with Vujadin Janković, a businessman under investigation for privatization fraud, used its ownership of questionable debt from the Jedinstvo agricultural company to take it over without paying any money.

Jedinstvo grew corn and beans and operated on about 500 hectares of land in Vojvodina. The land alone is worth at least €1.7 million.

Saša Ivanić, the deputy special prosecutor for organized crime, who is trying Šarić, attempted to stop the transfer, saying that the debt Trgopromet bought is nothing more than drug proceeds that Šarić’s gang was laundering through the company. His attempt to block the transfer failed.

The prosecutor said the move is an attempt by Šarić’s money laundering gang to keep the state from permanently taking over his company.

Redžović said he only became aware of the connection to the deals when reporters from the Organized Crime and Corruption Reporting Project (OCCRP)/KRIK contacted him. Redžović said he was unaware that he owned a share of the debt or that he was on the supervisory board of Trgopromet.

Jedinstvo is based in Gajdobra, a small town near Novi Sad. Last December, former Jedinstvo workers and small shareholders in Gajdobra were growing concerned.

They had gotten a copy of a reorganization plan for the company which was submitted to the court by two creditors: Janković, and Kraljevo-based Trgopromet, a trading company jointly owned by Redžović and Janković.

The plan looked like it might leave out small shareholders and they wrote to the Agency for Privatization asking it to look into the matter. The shareholders said they did not trust Janković’s “suspicious activities and his real intentions about cancellation of our shares.”

What they didn’t know was that Redžović, the man they were asking for help, was a shareholder of Trgopromet and potentially stood to profit from the deal.

Jedinstvo had been a successful agricultural company when the state privatized it in 2007 for a price of €3.4 million. However, the buyer never finished paying the state for the company due to financial problems.

In 2009, that buyer sold Jedinstvo to Radovan Štrbac, a lawyer, for € 1.15million. Štrbac paid in cash, splitting the payment between Jedinstvo’s owner (€700,000) with the Privatization Agency getting the rest (€455,000). The cash payments were unusual, with Štrbac bringing large bags of bills to the bank.

Prosecutors would later claim that Štrbac and Blažo Dedić, a Montenegrin businessman who allegedly invested in Jedinstvo, were fronts for drug gangs and Štrbac bought the company to launder drug proceeds for Šarić’s organization. Štrbac and Šarić have denied the allegations.

A few months later, prosecutors and intelligence agents from Serbia working with police from Argentina and Uruguay and the US Drug Enforcement Agency started Balkan Warrior, a joint effort to interdict the cocaine trade from South America to Europe.

In 2009, a ship prosecutors say was controlled by Šarić, was caught with 2.1 tons of cocaine off the coast of Uruguay. Serbian police rounded up the leadership of Šarić’s gang using information captured from around the world. Štrbac was identified as part of the gang responsible for laundering money. His trial is ongoing. 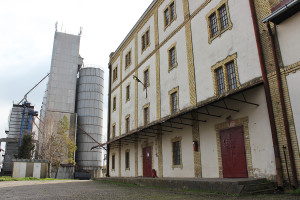 After Štrbac’s arrest, the Special Court froze Jedinstvo’s assets. However, behind the scenes, Štrbac began working with Dedić to move the company to another owner.

In 2014, Janković appeared and claimed that both he and his company Trgopromet (where he and Redžović jointly were majority shareholders), were Jedinstvo’s biggest creditors. As such, they were entitled under Serbian law to submit a reorganization plan for the now-bankrupt company.

Both Janković and Trgopromet produced signed agreements with Šarić associates Štrbac and Dedić to take over debt they said the agricultural company owed them:

In November 2012, Štrbac had signed an agreement with Janković to take over 60 million dinars (US$670,000) in debt owed by Jedinstvo.

In May 2013, the Montenegrin tourism company Maestralturs, which is owned by Dedić, who is also suspected of being a Šarić associate, transferred a debt from Jedinstvo of about 40 million dinars ($US450,000) to Trgopromet.

Prosecutors and reporters found a number of suspicious circumstances involved in the deal:

Janković as an individual creditor, along with his company Trgopromet, proposed a reorganization plan that was accepted by a commercial court in June 2014 and they took over management of the company.

But in August 2014, the Prosecution for Organized Crime filed a motion to stop the transfer of debts to Janković and Trgopromet Company.

The High Court agreed and prohibited the transactions. It ruled the debts were part of a money laundering operation.

Štrbac and Janković appealed and the Appeals Court overturned the decision and sent the case back for retrial. The process was repeated with the same conclusion. On a third appeal, the High Court reversed itself and sided with Janković and Štrbac. The prosecution appealed but the court rejected the appeal citing a technicality.

Redžović said he bought his share in Trgopromet as an investment in the stock market along with other companies.

“I didn’t participate in any supervisory board work. It is possible I was on the board but I never got any document showing I was on it and I was never present at any meeting,” said Redžović. “About the debts, I have no idea … This is the first time I heard about them.”

Janković did not respond to calls by KRIK reporters.

Redžović, who has a doctorate in economics, was appointed president of the Board of Directors of the Privatization Agency by the Serbian government in June 2014. According to the latest asset disclosure reports filed in 2012 to the Anti-Corruption Agency, Redžović said he is a board member of the National Agency for Regional Development and Vice-Chancellor of the State University of Novi Pazar.

However, he did not disclose owning any companies. KRIK/OCCRP journalists found companies in the business register under Redžović’s name including the company Evropa from Novi Pazar, which trades in hides, skins and leather; EU Incotex, a maker of power producing and distributing equipment; and Redekо company that manufactures boilers and radiators for central heating.

Redžović never mentioned his connections to Trgopromet and did not file the paperwork for 2013 and 2014.

In addition to the company Trgopromet, Janković and Redžović are partners in another company – Polet from Novi Pazar, which is engaged in the production of bread and pastry.