By Stevan Dojčinović and Bojana Jovanović

Accused drug lords Darko and Duško Šarić likely owned the popular night club Vanilla’ in the central building of the Socialist Party of Serbia in the center of Belgrade.

A ruling party rented a nightclub in its headquarters to associates of drug lords Darko and Duško Šarić. The party official who signed the lease contract in 2005 told reporters he didn’t know the club may have been ultimately controlled by the brothers. Vanilla, a popular nightclub in the center of Belgrade, was for years the meeting point for Serbian celebrities, businessmen, athletes and the underworld.

Darko Šarić is wanted on an international warrant in connection with the seizure of two tons of cocaine from a yacht off the Uruguayan coast. He has since disappeared. Duško Šarić was convicted in Montenegro in 2012 for money laundering and sentenced to eight years in prison.

Reporters for the Organized Crime and Corruption Reporting Project (OCCRP) have obtained documents that show a complex set of relationships and transactions in the ownership and leasing of the nightclub and they raise questions about what party officials knew and what role the Šarić brothers played in the deals.

Owning one of the hottest nightclubs in town in the headquarters of an important political party gave the owner credibility and status in town, said police and others familiar with crime practices. Duško Šarić was often at Vanilla in the company of important people. 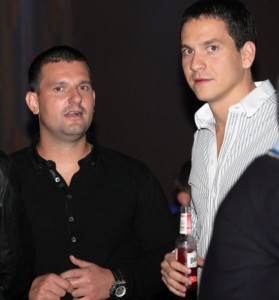 Most organized crime figures would find it dangerous mingling in public this way; owning the club and staffing it with armed guards was a way for criminals to have fun and mix with the prominent without having to worry about attacks.

Evidence of the connection between the brothers and the club is plentiful. OCCRP found court documents showing that Duško Šarić testified in court in 2007 that he owned the club. Zoran Ćopić, a Serbian businessman convicted in Bosnia of laundering money for Darko Šarić, said during questioning in his trial that he knew Darko Šarić to be the owner of the club. Montenegrin police records, dated February 2010, list Vanilla among Darko Šarić’s assets which they valued at several billion Euros. It is not clear how they came to the conclusion on ownership.

The media reported rumors that the Šarić brothers owned the club , but the paperwork is a little murkier. The Spa Group operated the club until last year . In records from 2006 and 2007, Spa Group lists as one of the owners Velibor Vraneš, who is from Šarić’s small hometown of Pljevlje. Vraneš told reporters that he was the co-owner during that period, and denied the Šarić brothers were involved.

“He (Duško Šarić) was my friend from school, but he doesn’t have anything to do with that,” Vraneš said. “I was doing the manager’s part of job. I was bringing in guests (to the club).”

A person with the same name as Vraneš served on the board of supervisors of a company called Palić, which Šarić controlled. Serbian authorities seized that company after Darko Šarić was indicted and the indictment alleged that Darko Šarić laundered drug money through it.

Also on the Palić supervisory board was Nemanja Krstajić, who was recently arrested for money laundering , and three others on trial for cocaine money laundering – Nebojša Jestrović, Marinko Vučetić and Andrija Krlović. Vraneš was not arrested or charged and he denies serving on the Palić board. While his name appears as a board member , no other documentation mentions him.

“I wasn’t there. Did you see any paper I signed?” he asked reporters. 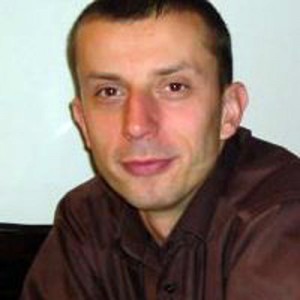 Velibor Vranes, a friend of Dusko Saric, says he and not the Saric brothers owned Vanilla. (Photo: Facebook)

Other possible links between Vraneš and Šarić’s businesses exist. In 2007, police, acting on intelligence, arrested four persons shortly after they parked a car with 20 kilograms of heroin in a garage owned by the Šarić brothers. Police raided the apartments of the suspects and in the apartment of Dejan Despotović, one of the heroin traffickers, they found a receipt for a cash transaction between Vraneš and the original owner of the Spa Group, Srećko Ćirović. Reporters asked Vraneš why this receipt was found in drug trafficker’s home and he did not answer. The Šarić brothers were never charged in the case despite owning the garage.

“When I found out that they found a vehicle in my garage with 20 kilograms of heroin, I was in shock and did not understand why they drove it into my garage” testified Duško Šarić in court. Duško Šarić claimed his brother Darko was in France on business and could not testify.

Duško Šarić explained that one of the arrested, Arso Šarić, was his cousin and he had given him the garage key gave because he was taking care of his car.

Duško Šarić, supported the defense of Despotović by claiming that the defendant made a living not by selling drugs but by working as a manager in Vanilla and then testified to his owning the club.

“I’ve known Dejan Despotović for seven years… He at one time worked for me in the club that I have in Pljevlja, as a waiter. Despotović has recently lived in Belgrade… and ran my cafe – Vanilla Club… I was paying Despotović €400 Euros per month,” Duško Šarić told the judge.

Despotović testified that he had the receipt because he acted as a witness to money transfers between Ćirović and Vraneš, who co-owned Vanilla. Despotović also told the judge that another person arrested – Darko Devedžić – worked on the security team in the club.

Another director of Spa Group and the club has ties to Šarić. According to records from the Serbian business registration agency, Veselin Cupara worked as the director of cafe Pascucci and H2O night club, which were partially owned by the Šarić family. In May 2005, the Šarićs’ sister Danijela bought a 48 percent stake in the company Branko Simovic d.o.o. (later renamed “LLP Intermark Entertainment Group”) that ran the bars , and in December 2007 her share dropped to 10 percent. In mid-July 2008, Cupara was appointed as trustee for this company which operated a cafe and a night club located on a barge on a Belgrade river. 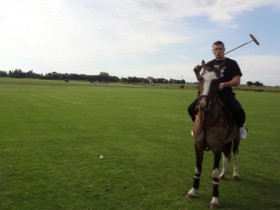 During this period, SPS was formally in opposition but it supported the Serbian government. In 2008 the party joined the government and SPS’s president Ivica Dačić was appointed minister of interior . Earlier this year, SPS become the ruling party in Serbia and Dačić became prime minister in addition to retaining his interior position.
SPS, once the party of indicted war criminal Slobodan Milošević, has owned the headquarters in Belgrade for decades. In recent years the party swept away its nationalistic past replacing it with a more pro-European face. The 200-meter2 space occupied now by the club was once a restaurant for party members. In 2002, Aleksandar Nikačević, a prominent member of SPS and a general secretary of the Automobile Association of Serbia , rented the space.

In 2005, SPS rented the street entrance of the club, only 16 meters2, for €200 to Ćirović and the Spa Group , according to a lease obtained by OCCRP. Nikačević then allowed the Spa Group to use his space to create the club in exchange for a percentage of the club’s gross. Nikačević said he was not aware that the club had a connection to Šarić. He said he dealt with Ćirović , the owner of other nightclubs including Cinema and River in the Serbian capital. Reporters couldn’t reach Ćirović for comment. According to his Facebook page, he spends significant time travelling abroad in Colombia, Uruguay, Argentina, Panama and various European capitals.

There were early signs of trouble with the club. 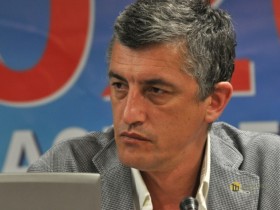 Aleksandar Nikacevic, an SPS official, rented the club out to a company that later became associated with Darko and Dusko Saric. (Photo: Media Centar)

In 2006, around the time Velibor Vraneš took over one third ownership , an unknown attacker threw a hand grenade into the club while no one was there.

Nikačević said that he didn’t know that Vraneš was an owner of Spa Group but he remembered that in 2006, the company’s management was having problems with a Serbian gang trying to place its own security people at the front door. He said his partners brought in an ethnic Montenegrin group to “solve the problem” and manage security.

“When we talk about night clubs, there are some groups that want to put their own security at the front door. I only can guess why that is. But there were some shootings in the city, if you remember,’’ Nikačević said. “I did not care that much who the managers are that are bringing in people, who holds the door, because I was certainly paid for my expenses”.

Nikačević said the grenade was likely directed at him, however, as he was testifying in a corruption case of a group of people who stole money from bankrupt companies.

The police never raided the club. In 2007, three of the four traffickers arrested for heroin possession had connections to the club or its supposed owners but there are no reports of police investigating or searching the club. And later in 2010 when police acted against Šarić in the massive international Balkan Warrior action that took down the Šarić network , all of his clubs were raided including ones in which he owned only a small interest but Vanilla was never touched. In the second case, Dačić was then minister of interior after being appointed in 2008.

“It is small money for serious people. Serious people do it for other reasons. Such as image,” said Nikačević. “For them, their interest is coming to a place where they feel safe, you know? [They control] the door so no one would be allowed to enter with a weapon, to threaten them.”

Vanilla could help burnish someone’s image. According to gossip magazines from the time, Belgrade’s social elite hung out there, including models, athletes, businessmen, and singers as well as criminals. 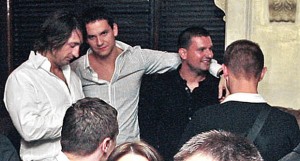 Nikačević said he did not visit Vanilla often, but he once saw Duško Šarić in the club and occasionally around town.