Register|Lost your password?
Threats to KRIK: “You should be lined up and shot.”

Threats to KRIK: “You should be lined up and shot.”

The Crime and Corruption Reporting Network (KRIK) has filed a criminal complaint to the Belgrade High Court regarding threats towards journalist Dragana Peco and KRIK’s editorial office. The threats were sent following a months-long media campaign against KRIK by government-friendly media, as well as some government officials.

In a message to KRIK journalists, one anonymous Twitter account said: “who do you think you are, researching the work experience of the president of the state and the government” before offering a string of violent obscenities. Yet another account said KRIK journalists “should be lined up and shot as foreign agents in Serbia.”

KRIK journalists managed to establish the identity of one of the individuals who sent threats, and forwarded information on them to prosecutors. Another account, whose identity is unknown, hides behind the screen name “Petar Pan”.

The threats follow a campaign against KRIK over a number of months, in which the tabloid Informer and other government-friendly media called KRIK Chief Editor Stevan Dojcinovic a “mafioso,” a “spy”, a “media terrorist“, a “sado-masochist” and an “evil person.”

Apart from the tabloids, some government representatives have also publicly targeted KRIK journalists and labeled them spies. Srpska Napredna Stranka (SNS) lawmaker Vladimir Djukanovic said Dojcinovic is “a Soros agent.” Djukanovic was referring to businessman George Soros, whose Open Society Foundations is one of several funders of KRIK.

“For citizens any investigative journalism which reveals irregularities in the work of the government and power centres is then experienced as an attack on themselves, and so they believe it’s then totally fine to target journalists,” Veljanovski said. Journalists conducting investigative reporting in this situation have no choice but to stay accountable and courageous, he added. 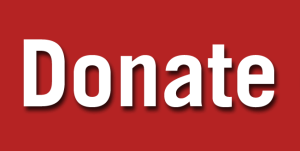 This is not the only recent case of investigative journalists being subject to threats.

“They sent me threats via Twitter which called for my assassination and told me that I do not deserve to live in Serbia anymore,” Georgiev said, adding that he reported the threats to the prosecutor’s cyber-crime department, as well as to Prime Minister Aleksandar Vucic.

“When the state claims you are a mercenary, a spy and a thief, there’s no way to save yourself from that,” Georgiev said. The threats aim to scare journalists into looking after their safety, rather than working on their investigations, he said.

A man who repeatedly threatened B92 television editor Veran Matic and Insajder journalists, as well as their editor Brankica Stankovic, was arrested in March this year.

Zoran Kesic of the 24 minutes TV program and a number of other journalists were also recently threatened. According to an estimate by Serbia’s Independent Journalist Association (NUNS), journalists in Serbia have been attacked 26 times since the start of 2016,  including 10 cases where they received verbal threats.