Sinisa Mali, the powerful mayor of the Serbian capital of Belgrade and a close associate of Serbian Prime Minister Aleksandar Vucic, is the director of two offshore companies that own 19 resort apartments worth about US$ 6.1 million on the Bulgarian Black Sea coast, reporters for the Organized Crime and Corruption Reporting Project (OCCRP) and KRIK have learned.

Vucic and Mali have close ties and after Vucic was named First Vice-President of the Serbian Government, he appointed Mali as his economic and financial advisor in charge of negotiating major government investment deals with the United Arab Emirates. 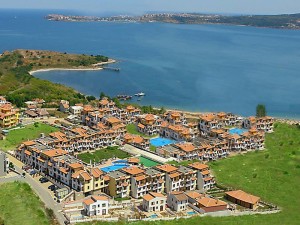 The St. Nicholas Resort on the Black Sea coast of Bulgaria

Mali bought all of the apartments from Srdjan Dabic, a Serbian official for the Russian oil company Lukoil, and his business partners.

Twelve years ago, Dabic represented Lukoil in the privatization of a Serbian state gas company in what the Serbian Anti-Corruption Agency has called a crooked deal. At the time that privatization began, Mali was running the department charged with overseeing the tender for the state.

The 235-apartment Sveti Nikola Holiday Resort lies right on the beach between the small Black Sea towns of Chernomorets (pop. 2,200) and Sozopol (pop. 5,400), a 20-minute drive from the Bourgas airport. The resort, on a spit of rolling land that juts out into the Black Sea, features a number of apartments that can be rented from € 50-160 (US$ 57-182) or more per night during the season.

An advertisement for the complex says it “is situated on the famous King’s Beach in the ancient town of Sozopol.” It features six pools, two pool bars, a cafe, a piano bar, a spa center, a fitness center, eco-parks, 24-hour security with video surveillance and restaurants that offer “gourmet dishes from the Bulgarian, Russian and Serbian cuisine in a pleasant atmosphere. All these advantages make the complex ‘Sveti Nikola’ one of the best on the Bulgarian Black sea coast.”

According to KRIK and OCCRP research, one apartment is registered in Mali’s name, while 11 are owned by the Bulgarian company Erul 11 and eight more by the company Erma 11.

Erma 11 and Erul 11 are in turn owned by the BVI companies Brigham Holding & Finance Inc. and Etham Invest & Finance Corp. 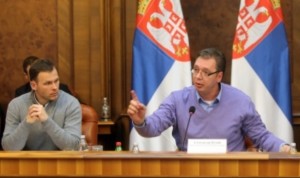 According to official BVI documents obtained by KRIK and OCCRP reporters, both BVI companies list Mali as their director.

BVI is one of the most attractive locations for those who want to establish an offshore company and the tax haven is often used for tax evasion, money laundering, hiding assets and ownership and other purposes. These exotic islands are one of the oldest offshore destinations and have long shielded the assets of the wealthy, crime figures and politicians.

Mali’s BVI companies initially bought the two Bulgarian firms that owned the apartments from the Bulgarian company Akladi, which was, in turn, majority-owned by Dabic and his business partner. Mali’s signature shows up as director on two purchase contracts, dated July and August of 2012, which list a sale price of € 709,000 (US$ 865,000). Mali then became the director of Erma 11 and Erul 11, although he stepped down one year later.

Nine additional apartments were bought and four sold since the takeover.

At the time of the first transfer, the Serbian Progressive Party (SNS) under Vucic was forming the current ruling government.

The original agreements also show Mali paid € 1,585 (US$ 1,900) in cash when the deal was closed and agreed to pay an additional € 707,000 (US$ 860,000) within three years of the signing date. That repayment period has expired and it is not known whether any additional payments were made. Agreements were not available for the later purchases.

A spokesman for Mali said the mayor could not respond to reporters’ questions until November because he was travelling. He was not available for phone calls either.

Reporters also found that Mali owned two more apartments and three garages registered in his name near the downtown Vuk Spomenik Park in Belgrade. The two large apartments, measuring 131 and 160 square meters respectively, are located in the Oaza (Oasis), an upscale residential complex that features its own two-level underground garage, a center courtyard park, a swimming pool, supermarket, fitness center, 24-hour security and other facilities. 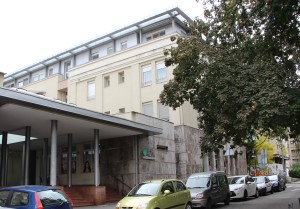 In August of this year, Mali passed the ownership of the apartments on to his wife, as well as two garages. He is still listed as the owner of one garage.

Serbian officials are obligated to report their property. The Anti-Corruption Agency is charged with investigating funding, asset declarations and other matters relating to political organizations. According to its website, Mali reported that he owns two apartments and a garage but the website doesn’t report any information on where the apartments are located or how much they are worth. The 19 apartments owned by the BVI companies were not mentioned in Mali’s report.

Friends from the past

A key figure in the deal is Dabic, the Serbian branch director of the Russian oil giant Lukoil, whom Mali helped to privatize a Serbian national gas company more than a decade ago. 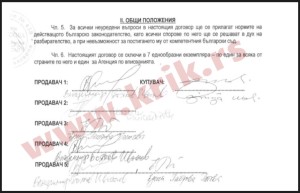 Dabic’s partner in Akladi was Bulgarian Vladimir Boyanov Ivanov, a former professional basketball player and former director of the PBC Lukoil Akademia basketball club in Sofia. Both Dabic and Boyanov are also partners in a construction company in Serbia. Dabic is himself a former basketball player having played with the Yugoslavian national team, Belgrade-based Red Star and Sofia’s BC Levski Spartak.

Twelve years ago, Mali worked as the director of the Center for Tenders in the Agency for Privatization. The department controlled the sale of Serbian state-owned companies and was engaged in looking for parties to buy state assets. Dabic, then a representative of the Russian company Lukoil, was interested in buying Beopetrol, a Serbian gas company, documents obtained by reporters show. 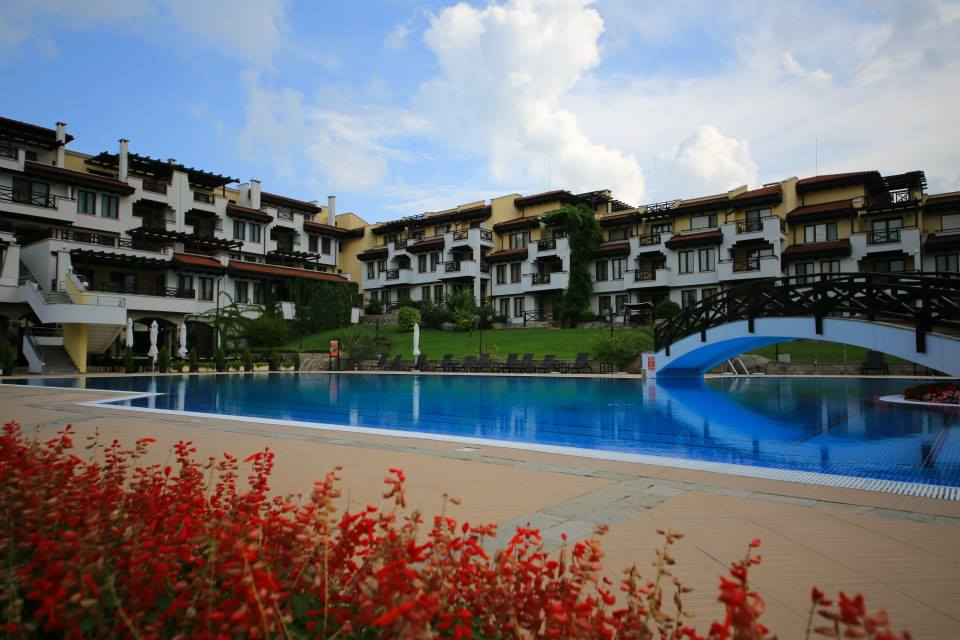 The St. Nicholas Resort in which Mali bought more than 20 apartments

Lukoil successfully completed the deal under the supervision of Mali’s department and Beopetrol was privatized in 2003 for € 117 million (US$ 134 million). According to the purchase contract, Lukoil agreed to invest an additional € 93 million (US$ 106.8 million) into the company.

The Anti-Corruption Council is a Serbian government agency, separate from the Anti-Corruption Agency, that was formed to investigate general corruption. It says Lukoil never honored the agreement it made with the government and caused damage to the company equivalent to several million euros.

According to the council’s report from 2013, Lukoil, instead of investing in Beopetrol, actually bled the company by using its funds to give itself a € 105 million (US$ 120 million) loan– 90 percent of the money it had just paid to buy the company. The council said this violated privatization rules. By borrowing what it had just paid for Beopetrol, it allowed the Russian company to get a major asset for almost nothing up front. They are supposed to return the money by 2031.

Mali at the time was responsible for protecting Serbian interests and making sure the privatization was done correctly.

The Council claims in its report that the Agency for Privatization never really controlled the process and never punished Lukoil for its acts, such as borrowing from a company it had promised to invest in.

However, internal reports from agents verifying compliance with the privatization process reveal that the agency run by Mali knew Lukoil had violated the terms of the deal.

OCCRP/KRIK reporters obtained documents which show that after leaving the Agency for Privatization, Mali became one of the directors in Beopetrol for a short time until February 2005. 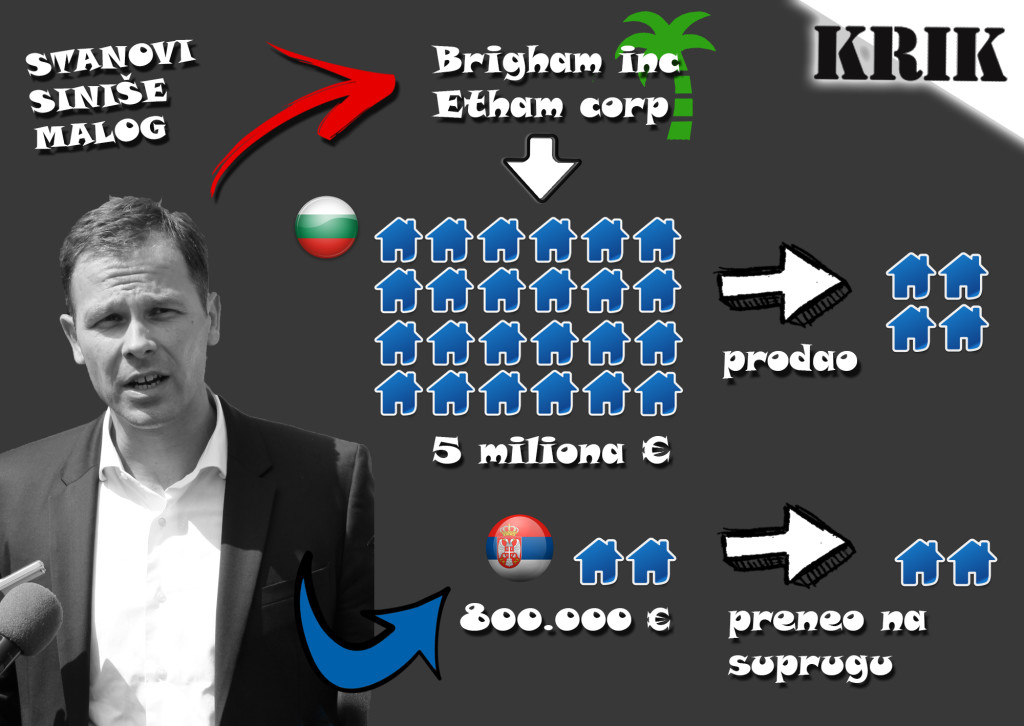