A Businessman on the Run

Rodoljub Radulović never had much trouble making friends, partners or money. He built a business reputation by building companies in Russia, Austria, the United States and elsewhere, and arrived back in Belgrade in the early 2000s ready to deal.

On an August night in 2003 Radulović sat at the Koling tennis club in Belgrade’s exclusive Dedinje neighborhood, his favorite haunt and a hangout for businessmen, politicians and Belgrade’s elite. Over drinks Radulović , famed Serbian film producer Maksut Ćatović and real estate developer Milan Zukanović agreed to form a company that would use his supposed American connections to lure big names and produce movies in Serbia.

The big names never arrived and the company never got off the ground.But that failure didn’t stop Radulović from forming new partnerships and businesses with some of Serbia’s powerbrokers over the next decade.He bragged openly about his success inthe U.S., attracting Balkan partners who helped him build a banana importbusiness, hotels, a casino, and real estate holdings.

What his partners didn’t know at the time – in fact Radulović had told only a few close associates – is that Radulović had left America under a cloud of civil lawsuits, federal investigations and repeated allegations and judicial rulings calling him a fraud. 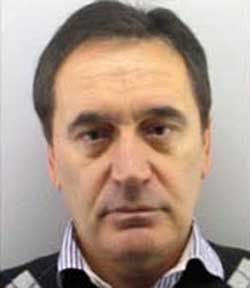 Radulović kept another secret. Investigators and prosecutors in Greece, South America and elsewhere are or have investigated Radulović and fugitive drug trafficker Darko Šarić as leaders of a sprawling and lucrative cocaine cartel , according to investigative records obtained by the Organized Crime and Corruption Reporting Project (OCCRP). Šarić who was indicted in Belgrade in 2010 and remains a fugitive, and Radulović, who has been charged in Greece but nowhere else, could not be reached for comment.

Today, two of his Balkan business partners are dead. One was a drug middleman shot to death in broad daylight in a Montenegrin café, the other committed suicide under crushing debt. Radulović’s whereabouts are unknown. An OCCRP investigation of court documents, police reports, investigative filings and property records from five countries reveals Radulović ’s alleged drug activities were happening as he built connections with several prominent people, including: 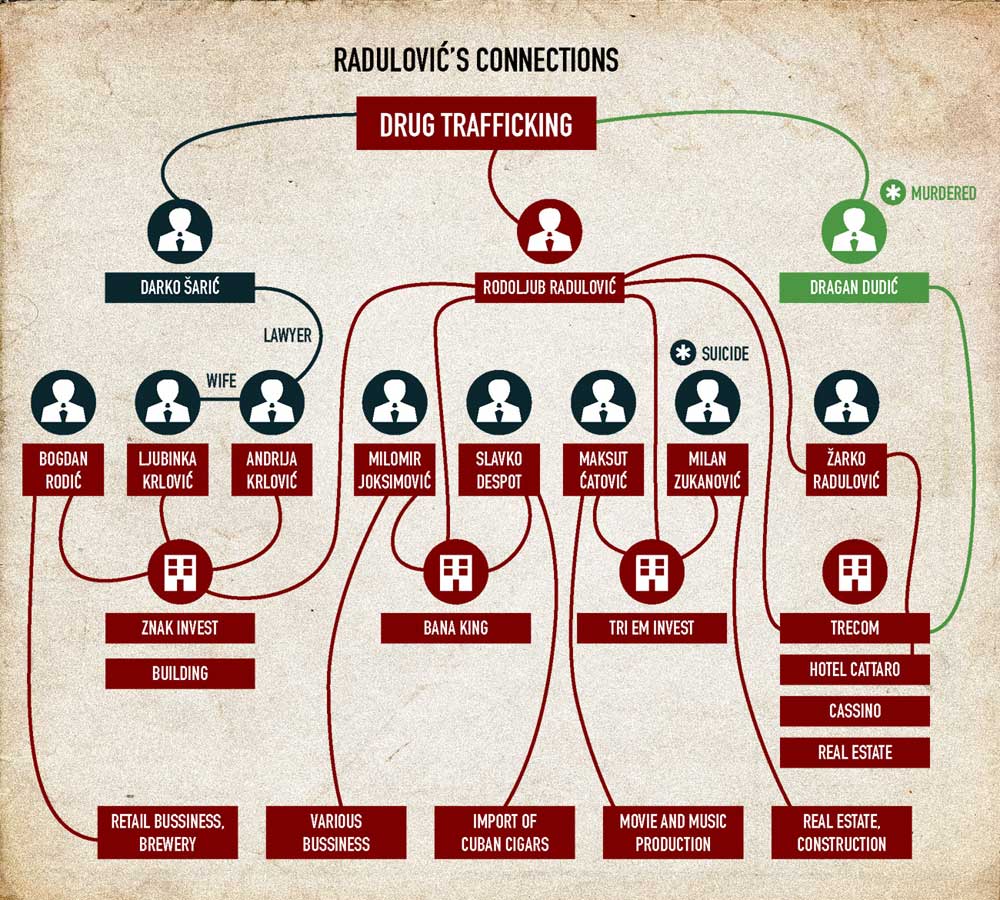 Rodoljub Radulović loved tennis, one of his business partners said in an interview with OCCRP, and spent much time playing at the Koling Sport Center. It became a place not only for fitness, but for networking and showing off. He presented himself as a rich businessman from the U.S., talked about owning a big construction company in Russia and generally schmoozed with Belgrade’s elite at the club.

He could often be seen with the famous Serbian singer Ana Nikolić, friends and partners said.

By the time he sat down with Ćatović and Zukanović in 2003, Radulović ’s American businesses were in ruin. Records show that just four months earlier – on April 14, 2003 –lawyers for a Moscow company which won a $12.1 million fraud judgment against him, were in a Miami court asking for another $627,000 to cover their costs of suing him. His houses were in foreclosure, and he had earlier been fined nearly $2 million for an unrelated fraud in the U.S. state of Nevada.

Those details never came up during the meeting.

Instead, producer Ćatović and Zukanović, who owned the sport center and one of biggest construction and real estate agencies in Serbia (Koling, http://www.koling.rs/index-en.html), decided to invest with him. They named their new venture Tri Em Invest , and opened offices on Kronštanska 5 in Belgrade, a building owned by Zukanović’s agency Koling. 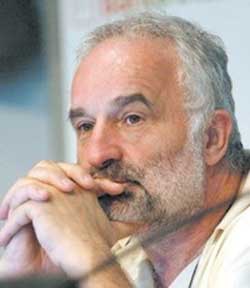 “We all knew each other very well before we established the company”, said Ćatović, “If you didn’t know Radulović already had experience in that business – he was bringing Americans here to make movies (even) before the 90s, in the former Yugoslavia.”

But, just 15 months later Radulović’s partners left the company, business records show . Radulović finally closed it down in August, 2009 , and there is no record it ever made a single movie.

Ćatović told OCCRP the partnership was dissolved because of differing opinions on how best to run the company. He also said that Radulović owed money to Zukanović, who began building his friend a villa in Dedinje, but wasn’t paid in return. ‘’It was not big money since the villa was never finished,” said Ćatović. The debt didn’t come between the men, who remained friends, he said. Zukanović, who was facing large debts in his construction and real estate businesses, was found shot in the head at one of his construction sites. Police ruled the death a suicide according to Tanjug, the state wire service.

Ćatović said he hasn’t seen Radulović in many years and is shocked to hear that he has connections to Šarić and drug dealing.

To Ćatović, Radulović seemed to make his money mostly from importing bananas to Serbia, not cocaine. 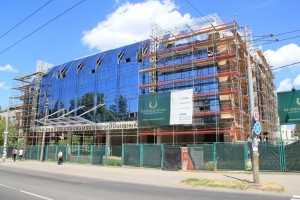 “He explained to me how the bananas are green when they are picked and sent on their journey, and then while traveling they ripen,”“ Ćatović remembers.

Importing bananas, among other things

It seems Radulović was much better in transoceanic shipments than he was at developing movie projects.

Radulović formed relationship with an Ecuadorian company that is one of the world’s largest producers of bananas and pineapples, and in 2002 he established the company Bana King in Serbia to ship and sell produce, according to business partners and company records. The deal boosted Radulović ’s reputation in Serbian business circles. 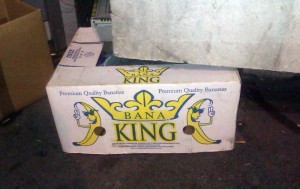 Joksimović claimed in an interview with the magazine NIN that he has some ownership share in more than 100 companies , and a search of Serbian business registry records showed dozens connected to him. Many were bought through privatization in 2004. At least two were rescinded in January of 2010 because he didn’t honor the agreements or pay the full amount of money, according to the website for the state agency for privatization.

Joksimović was also a friend to feared and brutal crime figure Sreten Jocić, aka Joca Amsterdam, and was a guest on Jocić’s 45th birthday on Oct. 27, 2007, according to 2009 testimony at Jocić’s trial in Belgrade. Jocić is in jail for ordering a murder and is awaiting trial for the assassination of Croatian journalist Ivo Pukanić.

Slavko Despot, Radulović’s other partner in Bana King, is the owner of Julieta, one of Serbia’s largest importers of Cuban cigars, and owns Casa de Habano in Serbia and Bosnia and Julieta, a restaurant in Belgrade. Julieta Company is owned by the offshore company Alpha Management Consultants LLC based in Delaware , which is owned by Despot who also has power of attorney over it.

As with Tri-Em Invest, Radulović ’s partners didn’t last long, both leaving in December, 2002 . Radulović stayed until closing it in late 2006. 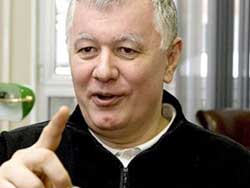 Joksimović couldn’t be reached for comment. OCCRP called Despot repeatedly, and one of his assistants finally said that Despot would have no comment.

Before Bana King, Radulović had established his Balkans shipping credentials more than 40 years earlier, back in the former Yugoslavia, according to old business archives uncovered by OCCRP. Old, frayed and eaten by mice, the documents from Belgrade’s commercial court shows that Radulović served as a department head in the state company Hempro from the late 1970s to early 1980s . The company was engaged in importing and exporting worldwide, and had branches in Moscow, Berlin, Pakistan and elsewhere.

Although he left Yugoslavia around 1983 and set up companies in Austria, Italy, Russia and the East, Radulović had no trouble returning back home to Serbia and his shipping roots around 2002, friends and associates said.

While Radulović ’s Serbian dealings were mixed, he had much better success in his hometown of Kotor in Montenegro, where he appears to be one of the leading businessmen.

His company Trecom manages large tracts of land in the historic old town in Kotor including a hotel and casino. Kotor, an ancient Roman and Byzantine settlement that was rebuilt into a walled city during four centuries of Venetian rules, is protected by UNESCO as a place of great historical value.

Documents show that Trecom was founded in 1989. The next year the company made lucrative deals with the municipality of Kotor and leased seven locations in the historical old town, including parts of the ancient fortress. During the war years of the 990s, the company was got more favorable treatment when it was exempted from payment of rent. Contracts, on behalf of Trecom, were signed by Rodoljub’s brother Žarko Radulović, the company’s director. 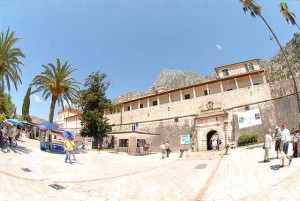 In this historical town, Trecom founded the Cattaro Hotel, caffe AS and casino Cattaro, in which it invested almost €400.000 euros . For reasons that are not clear, in late 2006, Radulović transferred 90-percent ownership of Trecom to Dragan Dudić , a sailor who had participated in cocaine smuggling and was eventually shot to death in May, 2010 in Kotor . A local man who has been charged with the crime, Ivan Vračar, says he had been threatened by Dudić, but police have not provided a motive for the crime.

Then last year, Greek police arrested two of Dudić’s children and charged them with laundering drug money for Šarić and Radulović.

OCCRP has obtained documents in Belgrade showing that at the time of his murder, Dudić was under investigation in Serbia where he was seen as one of leaders of cocaine smuggling network. A special prosecutor in Serbia told OCCRP that the investigation opened in January 2010 and lasted until his death. 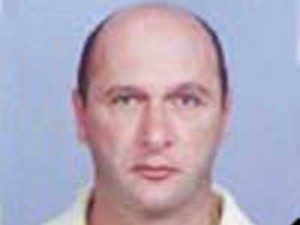 In June, 2009, three years after he took control of Radulović ’s company, Dudić provided €265,000 in cash to buy a yacht that was supposed to be used in drug trafficking, according to records of the investigation. In October, 2009, Argentina police intercepted the yacht off the coast of Uraguay and seized more than two tons of cocaine.

In December, 2008, Radulović invested in a company called Znak Invest, owned by Andrija Krlović and his wife Ljubinka Krlović. As part of the deal, he got a share of a Pančevo building worth $1.2 million.

In January, 2010, police charged Darko Šarić with running a drug ring, and seized his property throughout Belgrade.

Two weeks later, Andrija Krlović was arrested and charged with laundering money for Šarić. According to records, Krlović transferred a building worth €1.2 million to Bogdan Rodić, part of the powerful Rodić family which controls retail outlets throughout the Balkans.

Today, Radulović and Rodić are still partners in the building. Krlović is in jail and awaiting trial. Rodić did not return calls for comment.